I’m looking for some people who can help test the current state of map generation. My assignment requires me to get feedback multiple times, and it’s handy for me to know where I need to focus my efforts. Everything is still primitive, but I’ve at least got a screen in skirmish allowing you to edit all the values for the map generator so you can experiment with it: 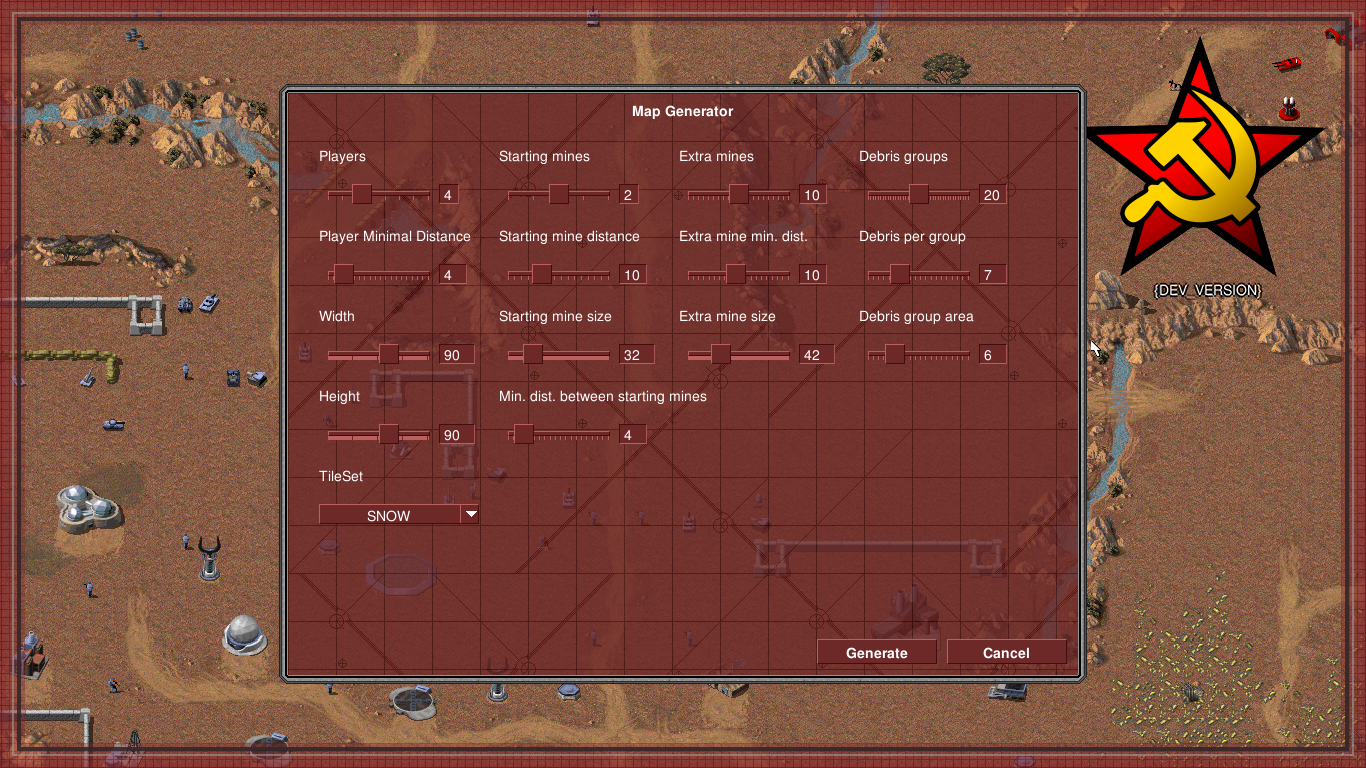 If you want to help me, please follow these steps:

Note that Tiberian Dawn is currently not supported, purely because it has a different UI that I didn’t write code for yet. Also note that Tiberian Sun has a known crash bug in this version. If it crashes halfway during gameplay it’s probably that. If it crashes when loading the map it’s probably my fault. Only single player skirmish is supported. The “Map generation” button can be found under the options menu in the lobby.

I’m hoping I can get a handful of people who can compile OpenRA and are willing to help me out. 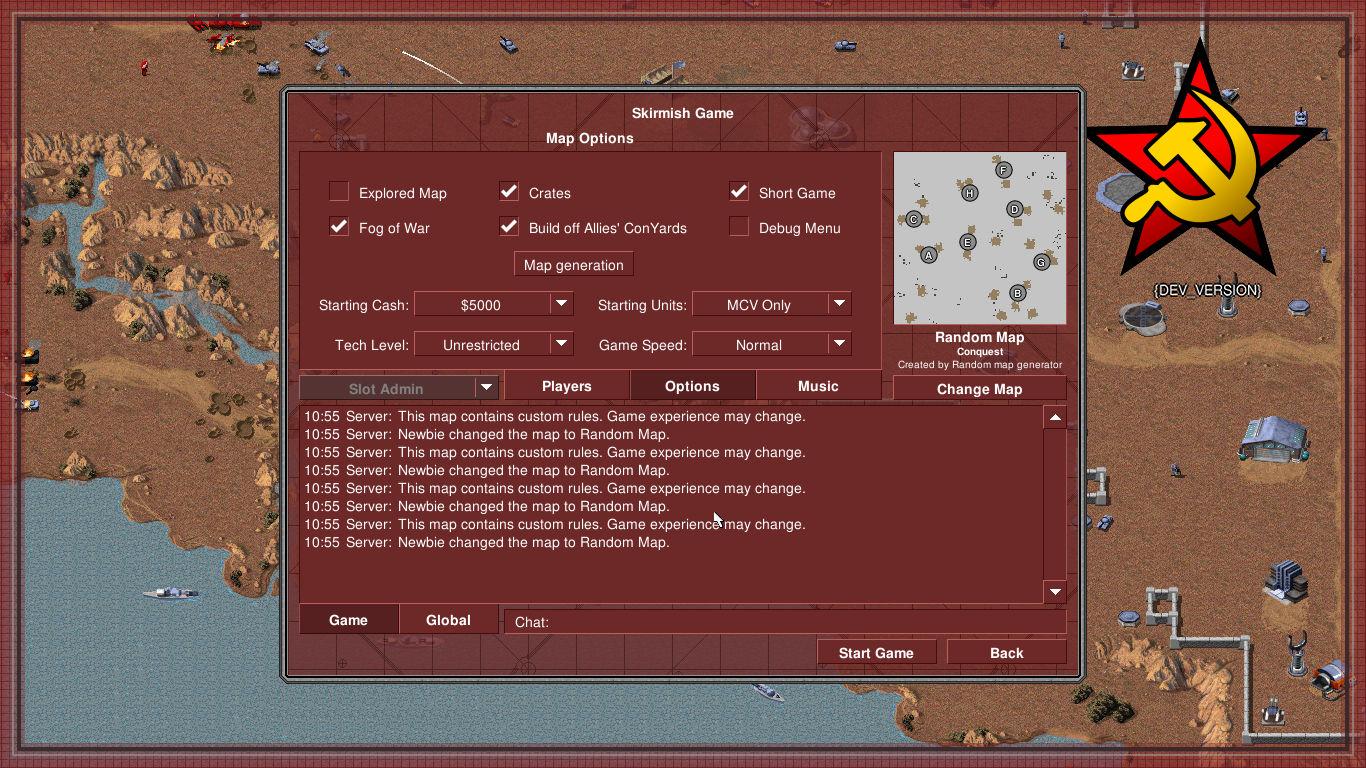 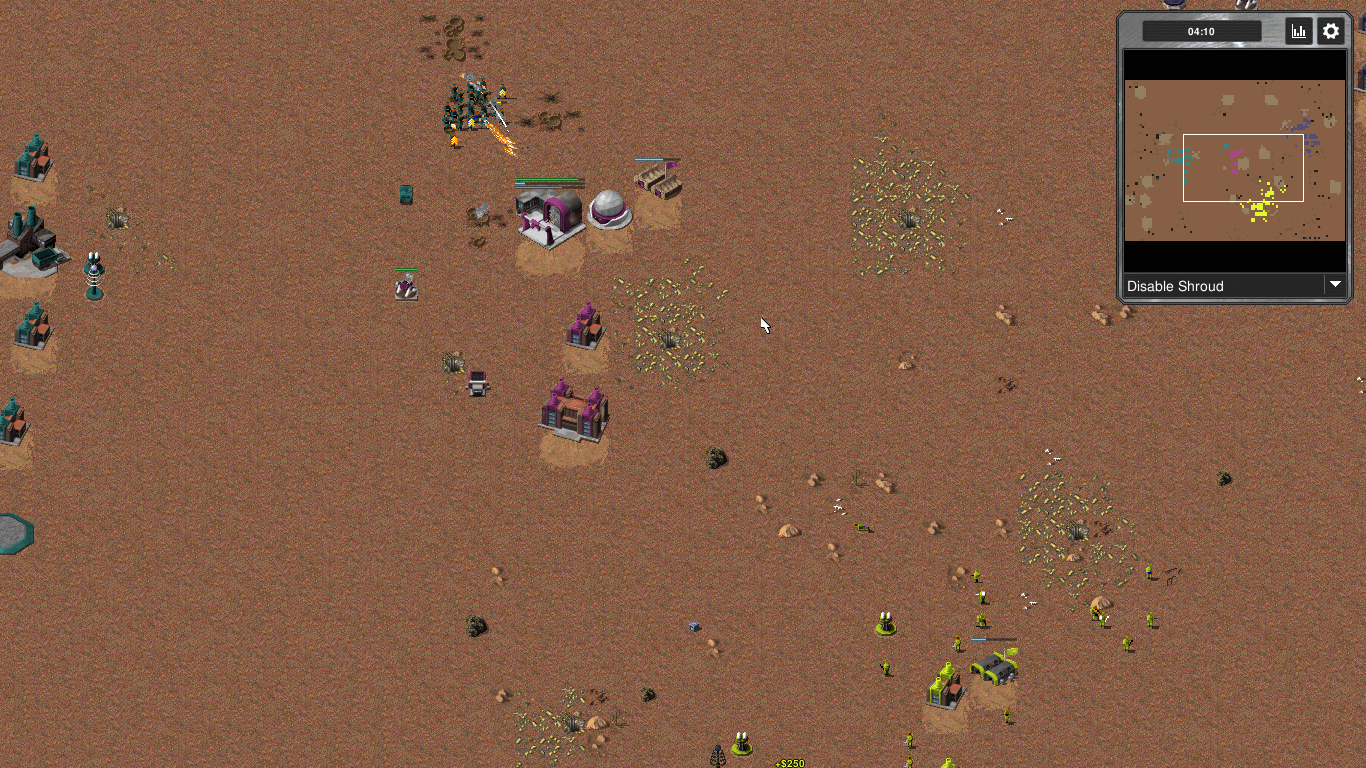 By the way, my Twitter account got locked for “suspicious activity”, which makes no sense. But that means I can’t post there right now or see if you tweet anything to me. I’m trying to appeal it now, hope to get it back soon.